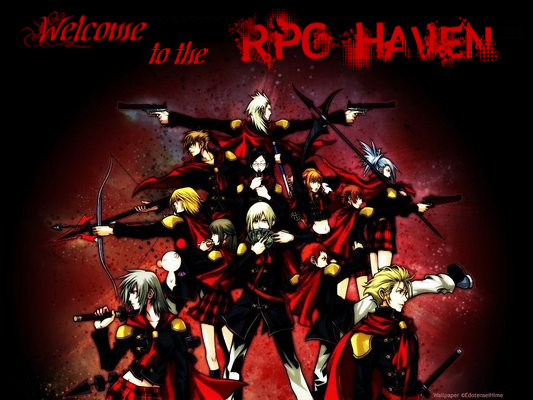 Test site for RPG Haven, check it out http://rpg-haven.forumotion.com/

Who is online?
In total there is 1 user online :: 0 Registered, 0 Hidden and 1 Guest 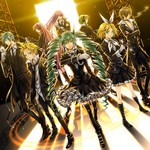 RACES GUIDE
A race is a breed or group of people or sentient which is usually an isolated population differing from other populations in the frequency of some traits.

Races define or suggest the social interaction of a certain character towards another. It also defines the compulsory statistic to be maxed by a character. (Don't worry, each character can also choose another stat to max out, meaning they can max out 2 stats --- one compulsory and one of their own choice. Then all other statistics will have their level cap at Excellent).

Subspecies are variations in races which will determine what you can buy in the shop, your specialty in the case of Spellcasters, or override your compulsory statistic in cases of non-human entities like Vampires and Werewolves. In some Subspecies, your arch-nemesis may also change. But Subspecies can also be only a cosmetic decor, depending on what Subspecies you chose or define in your application. For example, mermaids are not recognized as a major Subspecies and falls under Ancients, so their compulsory statistic remains as Stamina.

In the not-so-normal world of Haven lives different races and subspecies that either get so well with one race or loathe another one to the core.

Description: Celestials are beings that were blessed by the Divine, the Heavenly Creator. It was believed that Celestials originated from the heavens, and they were sent down to the human world to guide and help mortals, and to eradicate evil. Their powers are based on pure (holy) energy.

Though they are generally weaker than most races in terms of physical statistics, they have the advantage over flight and airborne speed.

Celestials are generally weaker during night time or in dark places, but they are at their strongest during day time or in he presence of natural light.

Examples of species under Celestials are Angels, Seraphs, Majestics, etc.

Description: Demons are known as beings from the dark side. They were formed when energy clusters into an object or a form and is twisted into a personification of a new being. They were sent by His Evilness to create destruction and havoc.

Demons boast of their innate keen senses. They feed on negative aura and energy. However, they are at their weakest during daytime or in the presence of a natural light, while at their strongest during night time or in the shadows.

One good example of a demon is a succubus. Vampires are now considered to fall under the Demon class.

Description: Ancients are legendary mythical creatures. People think they were just folklores, but in fact they really exist. They were used to be known for their long - lasting stamina incomparable to other races. However, because of their stubborn refusal to interbreed or cohabit with a non-Ancient blood to save their race, their numbers dwindle. They take high respect and value of being pure blood Ancients.

Usually, they derive their powers and strength from nature. Their abilities are innate in them.

Definition: Spellcasters are usually pure humans. They used to be ordinary people until they gained knowledge to stretch human mind and tap human capabilities to exceptional levels, making them cast magic and spells.

They have fragile physical attributes, since they still retain human strengths and weaknesses. Intelligence is the compulsory statistic for all of the subspecies in this group

Description: Metahumans, just as the name says, are humans who have acquired extraordinary abilities but didn't belong to the Spellcasters race. Most metahumans boasts of their exceptional strength. They have always loathed the Spellcasters race, perhaps due to the natural phenomenon of science vs magic.

Common examples would be cyborgs, androids, or humans that have been modified in laboratories.

Description:
Hybrids are half - bloods. Most likely they are a result of an inter-racial union or a genetic mistake. They can also be some inferior races other than the major ones in Haven. Hybrids are non-human individuals who have either no specific race of their own, or have their races not as popular to humans are the general magic groups stated above.

Hybrids mostly have the upper hand in terms of their uniqueness, as their weaknesses widely vary and are usually unknown to other races.

Note: Major races can now be mixed, on the premise that the character should choose his dominant race. The dominant race shall determine the compulsory statistic, character trait and ability rules. 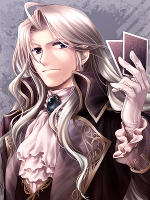